Many Swedes have large debts, and being in debt is often expected to lead to poor health. However, economist Therese Nilsson at the School of Economics and Management finds that we still do not know enough to determine whether it is the debt itself that leads to ill health – or if ill health leads to debt.

Anyone who has ever lived off a scholarship and suddenly does not have a taxable income has experienced it. So have people who have gone bankrupt or been through a divorce. You suddenly start receiving letters from loan providers you have never heard of, offering quick loans without a credit check. The interest rate is as expected. So-called text loans can be tempting to take during certain events of life.
“Obviously, there’s a difference in taking such a loan from having a mortgage”, says Therese Nilsson.

She is an associate professor at the School of Economics and Management and conducts research on economics and ill health, among other things.
“If we turn it around: Does income make us feel good, or is it when we feel that we are able to generate income?”

We don’t know for certain whether debt leads to ill health. However, Therese Nilsson finds there are many explanations as to why Swedes today have record-breaking amounts of debt, both seen from a historical perspective and in international comparison.
“Our interest rates are currently very low. Digitisation makes it easier to take quick loans. Swedish banks have been in a position to offer loans. There are also institutional explanations, such as the housing market. A very
large proportion of Swedish people’s debts consist of housing loans.

She also points out that being able to borrow money also provides opportunity to do things which otherwise would not have been possible.
“By taking a loan, you can invest in things which may be beneficial to you in the future, such as housing and education. As long as you know that you will be making money during your lifetime it’s not likely to become a problem.
She prefers the term “financial scarcity” when not being able to pay the bills or when a broken refrigerator leads to disaster. 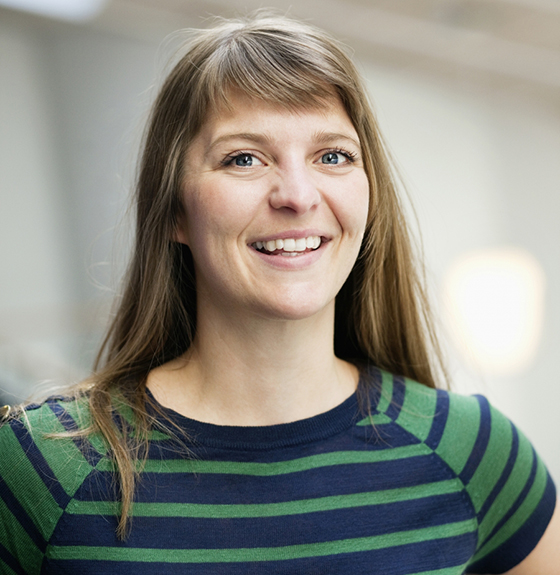 “British and American studies have shown a certain connection between indebtedness and stress. In Sweden the studies have mainly involved interviews with people registered with the national debt enforcement authority (Kronofogden), or who have already undergone debt restructuring. This is when things have already gone very far.”

However, instead of letting people report their own stress levels and how they feel, if you study objective measurements, such as to what extent they are on prescription medication, something interesting happens, according to Therese Nilsson.
“The connection that we thought was there is no longer clear. People with trouble paying their debts do not consume more medication than others. If I were only to consider the statistics, I would have thought indebtedness creates poor mental health.”

Therese Nilsson argues that it could possibly be the other way around: that the ill health existed already before the debt was incurred.“Perhaps it rather has to do with the need to act at a very early stage, for instance, when it comes to depression. From a policy perspective it makes a tremendous difference: Are we to limit people’s opportunity to take loans – or are we to work to improve people’s health? What we are trying to figure out is where the downward spiral begins.”

More data is needed. Fredrik Ohlsson is a senior legal advisor and research coordinator at Kronofogden, which funded one of Therese Nilsson’s research projects on financial scarcity, debt incurrence and health.
“We need research to identify and prevent tendencies that can lead to over-indebtedness. The more pitfalls we manage to identify and solve, the less are the strains both on the individual and society.”

Fredrik Ohlsson mentions text loans as an example of what could become “a highway straight into the debt trap”. However, as usual when it comes to research, the solution is not as simple as it might seem. The possibility to take a loan can also provide certain relief, even if only short term.

Therese Nilsson hopes to have the opportunity to continue to explore this field, and is currently waiting to hear about possible further funding. She and her colleagues at the School of Economics and Management have already established a large knowledge base.
“We want to continue this work, and be able to draw more far-reaching conclusions. If this is a societal problem, we need to understand the dynamics to be able to address them at the right level.”