During the latest financial crisis the increasing sales focus in the financial sector culminated. The research of Sanne Frandsen and Nina Singh, researchers at the Lund University School of Economics and Management, investigates how the financial crisis affected the ethical advisory work in the Scandinavian banking system and what impact the increased focus on sales have on other, more traditional professions. 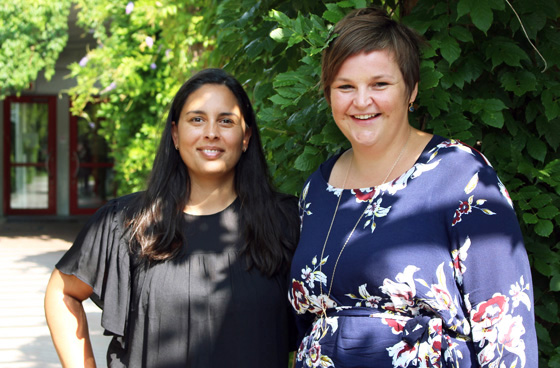 Sanne Frandsen, senior lecturer at the Department of Business Administration at Lund University, points out that sales have been a neglected area in research, despite its importance in business, and that there’s a lack of focus on sales from a more theoretical perspective.

“In addition, the image of sales seems to be problematic and there are many stereotypes connected to the seller. Sales are often associated with a certain personality type and a certain characteristic, relying on the ultimate seller type, but we see that this is changing. Our research focuses on sales from an organizational and management perspective rather than seen through the marketer's eyes. We want to focus more on the difficulties and tensions that may arise in relation to sales cultures, identity, communication and the general management of the sales staff,” says Sanne Frandsen, whose research has been funded with the support of the Chamber of Commerce and Industry of Southern Sweden.

Sanne Frandsen argues that sales has gone from almost exclusively being about the economic transaction to today's discourse on sales which includes more discussions among the organizations on how to build long-term relationships, how to co-create products with customers and other stakeholders and how the increased digitization affects sales.

“In many organizations, there is no longer an isolated sales unit that only deals with sales, but rather it is something that everyone in the organization is dealing with,” says Frandsen.

From the academy to the practice and back again

Nina Singh is a PhD student in the field of organization since the beginning of 2017. In her research project she will investigate how professions that are usually not associated with sales deal with the increase of sales in their professional roles.

“What happens when auditors, lawyers or doctors, professions that have long been seen as traditional professions, end up in a more commercialized context, where they must sell while being professional in their traditional career role? How is their occupational pride influenced by the increasing commercialization?” These are questions examined by Nina Singh in her forthcoming research.

Her interest in the area grew while working as a project and development manager at a larger call center and a smaller company when she worked with developing the companies’ sales and customer relations.

“Everything was about sales. Every day. All days. We talked about better sales. More sales. Better customer relations. And I realized that after my master's degree I had good knowledge of management and strategy but that a lot was actually about sales. I found sales problems and challenges that I wanted to investigate further,” Nina Singh says.

During Sanne Frandsen's time as an industrial PhD student and post doc, she mainly focused her research on the activities of the frontline staff. Meanwhile, several years after the financial crisis the media still discussed the bank's new role after the crisis.

“I was interested in whether we had learned something from the financial crisis. Were the banks still run by the short-term sales logic that previously existed in the banking world? Were the bank advisors really interested in taking care of the customers or were they driven by the bank’s or their own financial gain? A Danish survey conducted by Finansforbundet shows that many bank advisors feel split between the role of being a bank advisor and salesman. It is an interesting dilemma to investigate,” says Sanne Frandsen.

She further argues that this is also a relevant phenomenon in other industries where there is a tension between on the one hand providing advice, service and guidance to the customers and, on the other hand, achieving the goal of earning money and keeping up with budgets and schedules.

Sanne Frandsen's research from the financial sector and empirical investigation of three banks' advisory work focused on retail banking services. The sector has been characterized by an increasing number of regulations as a result of the financial crisis. Regulations intended to e.g. ensure more ethical considerations within the sector to restore the lost trust from customers. A study conducted at the Cass Business School on British retail banking shows that even though regulations have been introduced after the financial crisis, the sales culture within the banks appears to be intact. The banks are still driven by a short-term sales focus.

“In the Scandinavian banks which I have studied one seems to at least have tried to change the culture towards becoming more long-term and relationship-oriented. One change that has been introduced is removing the individual bonus programmes,” says Frandsen.

Sales pride has become a taboo

Sanne Frandsen's research shows that if bank advisors had previously been proud of and motivated to be good salesmen, sales are today almost regarded as a taboo to talk about. Nowadays, you no longer talk about yourself as a salesman and when asked about sales, the bank advisors felt uncomfortable.

The research results also show three ways in which banks now work more with ethics in the advising. The focus is on establishing the right procedures, changing the common culture between the bank advisors and trusting the individual's ability to reflect reasonably in relation to the customer.

“All three banks have been successful in their ambitions to change the organizational culture to having a more long-term and ethical focus, but it is an ongoing process and the change is not happening overnight,” Sanne Frandsen concludes.

More about the resarch

Read more about the research of Sanne Frandsen

Read more about the research of Nina Singh

The new roles of the bank advisors

Sanne Frandsen's research shows six ways on how bank advisors now describe themselves and their role:

- The Helper
This bank advisor focuses on helping, providing friendly service and being available to the customer.

- The Fighter
An advisor who takes on complex situations and tries to turn dissatisfied to satisfied customers, which has become a common task after the financial crisis.

- The Challenger
The focus is on challenging the customer, who today has more information than before, about financial products, prices and what works best for the individual.

- The Sensible
The classic bank advisor who provides sensible advice that helps you maintain a sustainable financial situation. The advisor helps to shape the customer's habits.

- The Trust builder
Many of these advisors talk about themselves as trust builders who provide good advice since they know the customers well, often since generations back.

- The Proactive
Advisors who "chase" new customers to give them better and more advice, or give the existing customer more service than it expects.