Just your ordinary rainy March weekdays in Southern Sweden. Or, a terrific Tuesday where a distinguished economics researcher was praised with a prize on SEK 1 million. A wonderful Wednesday where academics, students, professionals and other interested people met at the School for talks about investments in health – challenges for the 21st century. Let us show you some of the content in those two brilliantly busy days. 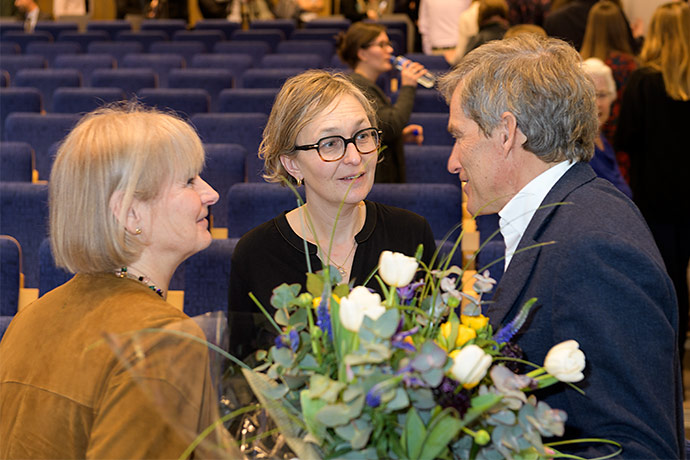 12 March – meet laureate Marianne Bertrand, with her eyes on inequality

The initiation of The Jan Söderberg Family Prize in Economics and Management took place on 12 March in Lund. This year’s recipient was Professor Marianne Bertrand from the University of Chicago Booth School of Business. The prize is made possible by the generous donation of SEK 1 million annually, for three years, from entrepreneur Jan Söderberg and his family.

“Marianne Bertrand’s research is an eye-opener, regardless of what our everyday occupation is,” the inaugurator Jan Söderberg said in his opening speech.

Dean Fredrik Andersson put it as “a privilege for the School to have friends like Jan Söderberg” and with deep delight, he presented the recipient of the price, Marianne Bertrand, as someone whose work shows that the key ingredient in good research is curiosity.

The prize ceremony took place at Lund University School of Economics and Management. It was followed by a lecture by Professor Bertrand on Gender Inequality in the 21st Century. 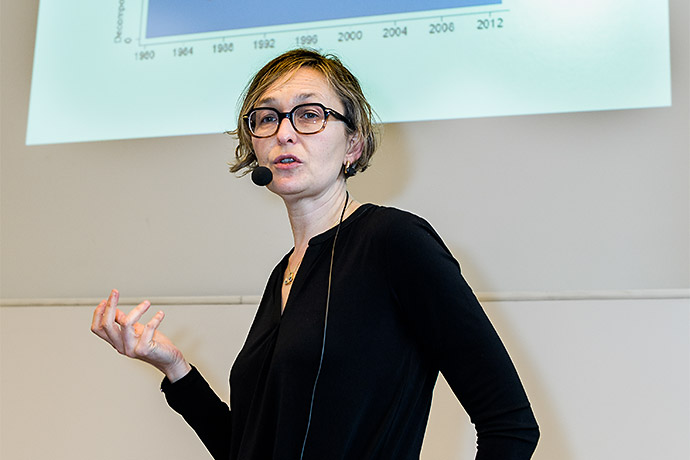 “The gender income gap was earlier explained by women having less education than men. As this is not the case anymore, we need to find other explanations. But why should we care about this at all? Is it about justice and fairness? About equal pay for equal work? Or is it about that, presuming that talent is equally distributed among men and women, that is would be a waste not to use both sexes equally in the business industry. So, why are women still struggling in the labour market?”

The answer, according to Professor Bertrand, is found in one important, overshadowing, factor: children.

“Women have greater demand for flexible working hours because they still have to adapt their job schedules because of childcare. When we look at incomes for graduates from Chicago Booth, we see that the income gap gets wider after the female graduates have their first child. And women struggle in those occupations where working long hours is rewarded.”

According to Professor Bertrand, this should and could lead to policy discussions, for instance about board quotas.

“In conclusion, I would like to add that I only mentioned discrimination and sexism once. It can be used as an explanation, but I hope that I have shown you that it isn’t the whole truth.”

The first – and fully booked! – Economics and Management Day in Lund was filled with eleven talks by Lund University researchers and one final panel discussion, led by TV journalist Suzanne Axell. In the audience were over 200 people in different ages and from different occupations, hopefully, joined in interest for health economics. 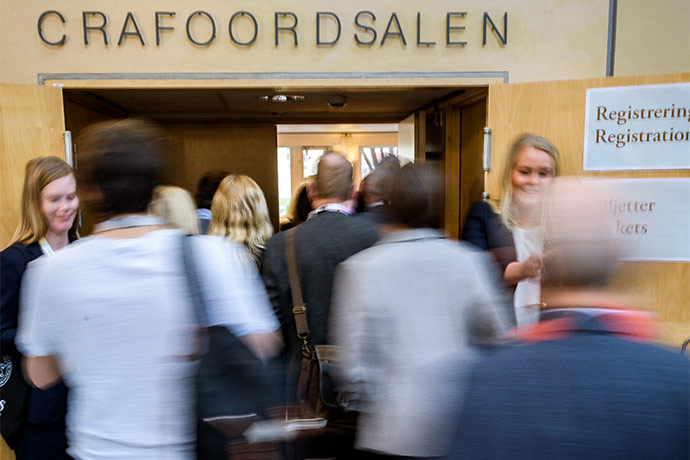 “If education has a causual effect on health, then education can be used as a means to obtain good health.”

From identical twins, to kids with mothers who had nine years of schooling instead of six, to adopted children – the results were similar, according to examples from Lundborg’s own studies.

Two other speakers were Gudbjörg Erlingsdottir and Bo Andersson, who talked on the topic of e-health.

“Health and medical care today are behind in the digitalisation of society. It needs to catch up,” Gudbjörg Erlingsdottir said. “But the other side of the coin is that this leads to presumptions on the patient to take more responsibility for his or her health and do more on its own.” 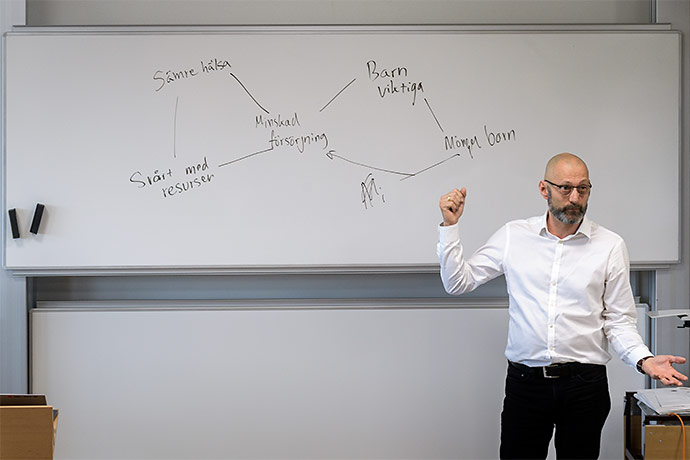 The last session of the day was a panel discussion about challenges for Sweden’s healthcare system. Journalist Suzanne Axell from the popular TV show “Fråga doktorn” (Ask the Doctor) moderated the conversation, with participants Anna Häger Glenngård, Nils-Eric Sahlin and Thomas Berglund (former CEO of Capio).

“Having a good digital tool as a healthcare aid isn’t stranger than having a stethoscope to listen to the heart,” Thomas Berglund said initially.

“It’s nothing wrong with digital tools,” Anna Häger Glenngård said, “But don’t forget the importance of the human meeting.”

“It depends on what you mean with this new ‘internet doctors’,” Nils-Eric Sahlin said, “Is it AI and robotisation or is it something that penetrates and displaces other healthcare that needs money and prioritisation?” 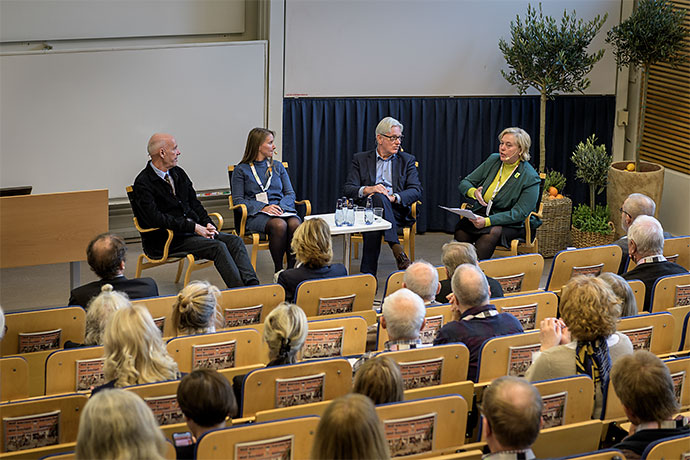 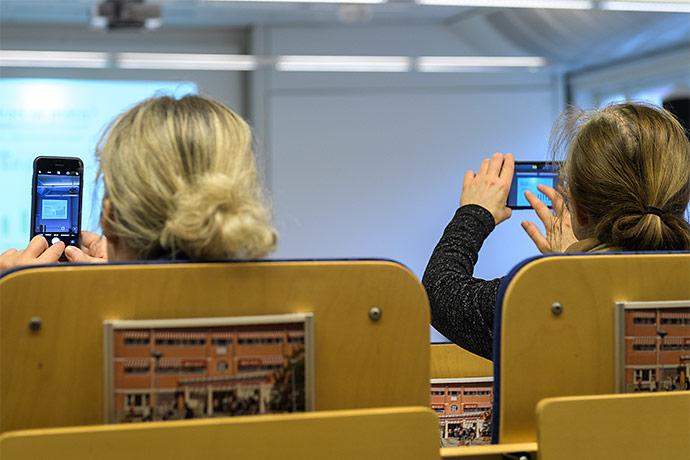 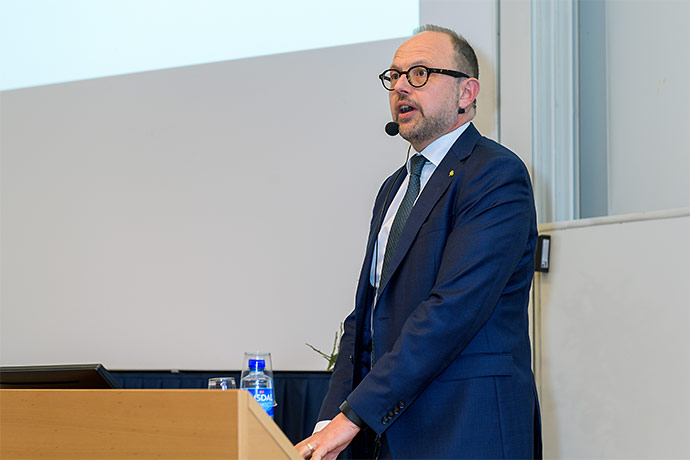 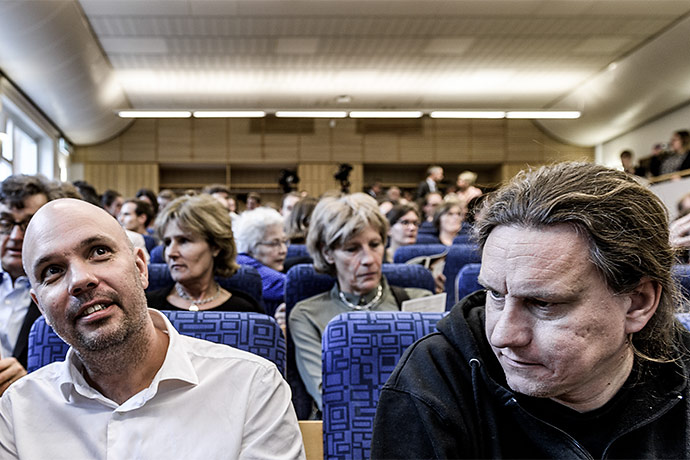 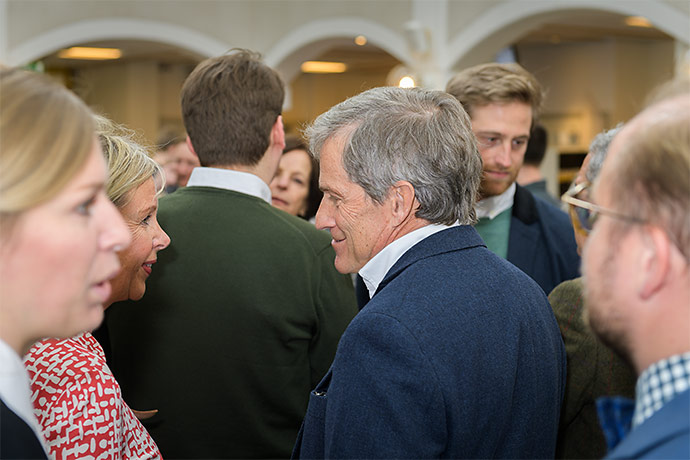 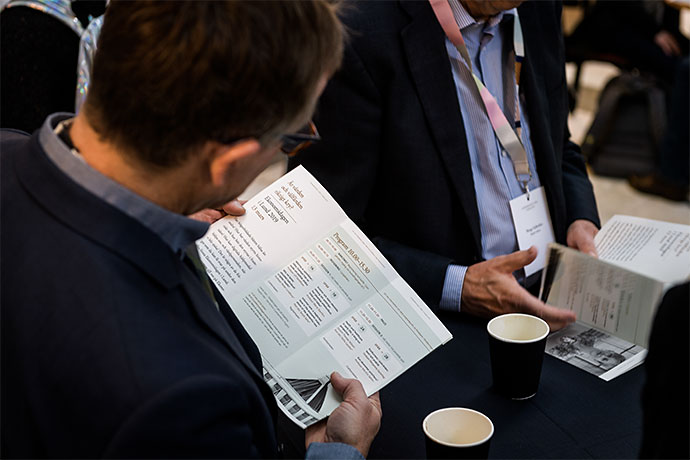 Some of the presentations:

Watch the lecture by Professor Bertrand on Gender Inequality in the 21st Century.