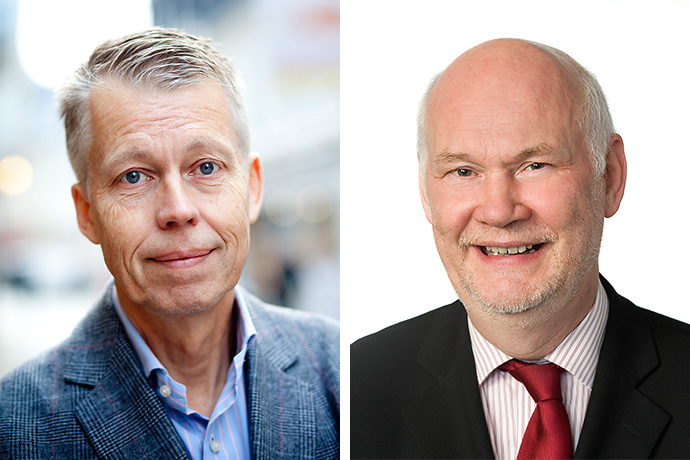 Anders Dahlvig (born 1957) holds a degree of Master of Science in Business and Economics from Lund University School of Economics and Management and a Master’s degree from the University of California, Santa Barbara. Anders Dahlvig has a long career at IKEA behind him, including positions as CEO, manager for Europe and head of IKEA in the United Kingdom. He is currently chair of Inter IKEA Holding. He is also a board member in a number of other companies, including H&M and Kingfisher.

Over his entire career, Anders Dahlvig has focused on issues concerning sustainability and corporate social responsibility. He won the Excellent Environmental Leadership prize in 2002 and received the Global Social Responsibility Award from the U.S. Foreign Policy Association in 2006. In 2011, Dahlvig published a book, The IKEA Edge: Building Global Growth and Social Good at the World’s Most Iconic Home Store.

The research team on marketing and retail at the School of Economics and Management intensified its contacts with Anders Dahlvig and IKEA in the early 2000s, and a close collaboration was launched, resulting in a large number of research projects and several doctoral theses. This work also led to a great deal of cooperation with IKEA on the student side, with live case studies, degree projects and mentoring. Anders Dahlvig was also active in establishing the Centre for Retail Research at Lund University.

lrvine Lapsley (born 1949) is professor emeritus at the University of Edinburgh Business School. He has been an affiliated visiting professor in Business Administration at Lund University School of Economics and Management. Irvine Lapsley is an internationally well-established researcher with a large international network. He founded the Scottish research institute IPSAR (Institute for Public Sector Accounting Research) and is the editor of the journal Financial Accountability and Management. He is an assiduous participant in, and organiser of, international research conferences and workshops.

lrvine Lapsley’s research demonstrates breadth both with regard to subject matter and to methodology. In the course of his career, he has researched everything from accounting to marketing and digitisation of cities, megaprojects and sustainability issues in the form of Smart Cities. One of his most recent projects is within the field of Sports Management focusing on the role of football in a city’s identity. He is conducting this project in collaboration with researchers at the School of Economics and Management, and researchers in Italy.

During his time as a visiting lecturer at the School of Economics and Management, lrvine Lapsley has actively participated in research, supervision of doctoral students and shared projects with established researchers. Also, together with researchers at the faculty, he has produced and published an anthology. His commitment has been particularly valuable for junior researchers. lrvine Lapsley has also worked on attracting two internationally outstanding conferences to the Lund University School of Economics and Management. The conferences were organised in 2013 and 2018 in collaboration with the international research network EISAM (European Institute for Advanced Studies in Management).